You are here:
Home Study 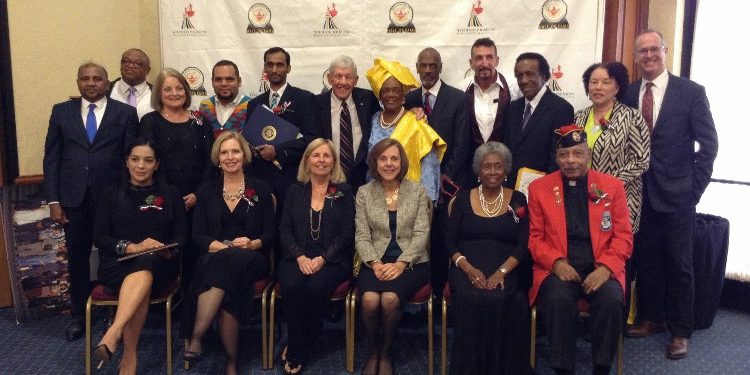 In a lovely ceremony attended by over 300 educators, family and friends, Carlynn McCormick, Executive Director and Mary Adams, Director of Admissions, Applied Scholastics Online Academy, (photo: center front) were inducted into the International Educator’s Hall of Fame.
The ceremony, bespeckled with talented musicians and vocalists from the ranks of the inductees themselves, to amazing dancers from Anaheim High School; took place in the City of Anaheim, known as the City of Kindness. It’s Mayor, Tom Tait (photo: back right) was on hand to congratulate and have photos taken with the awardees as well as to give them The City of Anaheim “Coin of Kindness.”

Dr. Pat Adelekan, Founder of the Educator’s Hall of Fame (photo: back center) not only founded this organization, which has been in existence for 23 years and inducted over 600 educators internationally, but also Youth-on-the-Move, Inc. a non-profit mentoring group for youth that is celebrating its 30th year.

When is it Important to Ignore Wrong Answers?
December 23, 2020

Academic Excellence from a Home Study Program
May 26, 2017